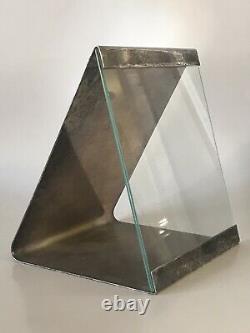 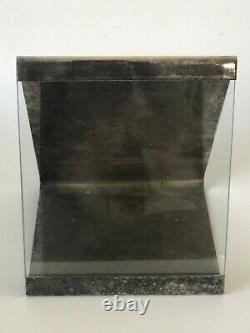 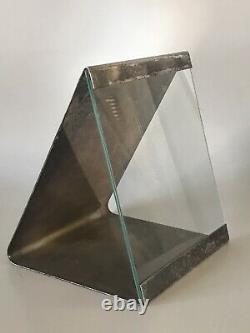 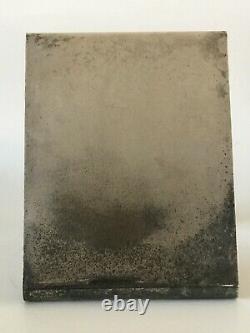 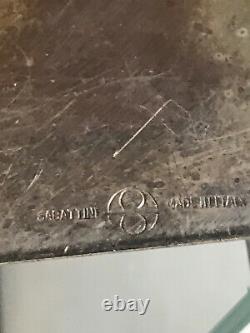 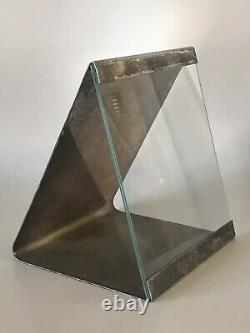 FASCINATING SCULPTURAL SILVER PLATED PICTURE FRAME BY THE WELL KNOWN ITALIAN ARTIST LINO SABATTINI. Lino Sabattini was born in Correggio (Reggio Emilia) the 23rd of September 1925 from unpretentious and hard-working people. While he was still a child, his family moved to Blevio, a small group of houses on the Como Lake. He was different from the other children: he preferred long walks in the mountains, ending with a dive into the water of the lake, to toys. He developed a passion for music and theatre.

At the age of 14 he found a work in Como, in a commonplace brass objectst shop. It was no casual choice. Soon he found a copy of Gio Ponti review Domus. It became his textbook, his Bible, his correspondence school. In the brassware shop he earned his living, but he also learned the techniques of metals trade.

In an old windmill on the lake meets Rolando Hettner, a displaced German who made beautiful works of pottery, painted and read great numbers of books. The man in the old windmill became the exilarating experience of his spare time, a master of existential tension who encourged Sabattini to seek radically new artistic solutions for his work. Now thirty, Sabattini left Blevio for Milan, where he found basement and setup up a small laboratory with all the essential tools for his craft.

His contacts with Domus became more frequent. He began to meet young architects and pupils studying under Gio Ponti. On of them brought the master a few metal objects created by the young craftsman.

So, one day Ponti himself showed up in Sabattinis basement. He looked around, handled a few objects and gave Sabattini an idea to work on. In no more than three days Sabattini has finished the job. This was the beginning of a long friendship marked by several fundamental landmarks: Milan Triennials, Venice Biennials, the publication of his works and a one-man exhibition both in Italy and abroad. In 1956 Sabattini caused sensation with the prototype of the Como Set at the Paris Exhibition Shapes and Ideas from Italy.

From 1958 to 1963 he worked in Paris and in Milan for Christofle, a prestigious company, trying in vain to sweep away stale and lifeless production work. In 1964 he moved to Bregnano, a little spot between Milan and Como. He became the entrepreneur of his own ideas, sensibility and diversity which found no place in the contemporary world of production. This began a solitary adventure wich eventually took solid shapes in the Argenteria Sabattini, where he created beautiful silver shaped of exquisite semplicity.

The item "LINO SABATTINI SILVER PLATED MODERN PICTURE FRAME -SIGNED- ITALIAN VINTAGE RARE" is in sale since Monday, March 1, 2021. This item is in the category "Antiques\Decorative Arts\Picture Frames". The seller is "vintagerotty" and is located in Pasadena, California.